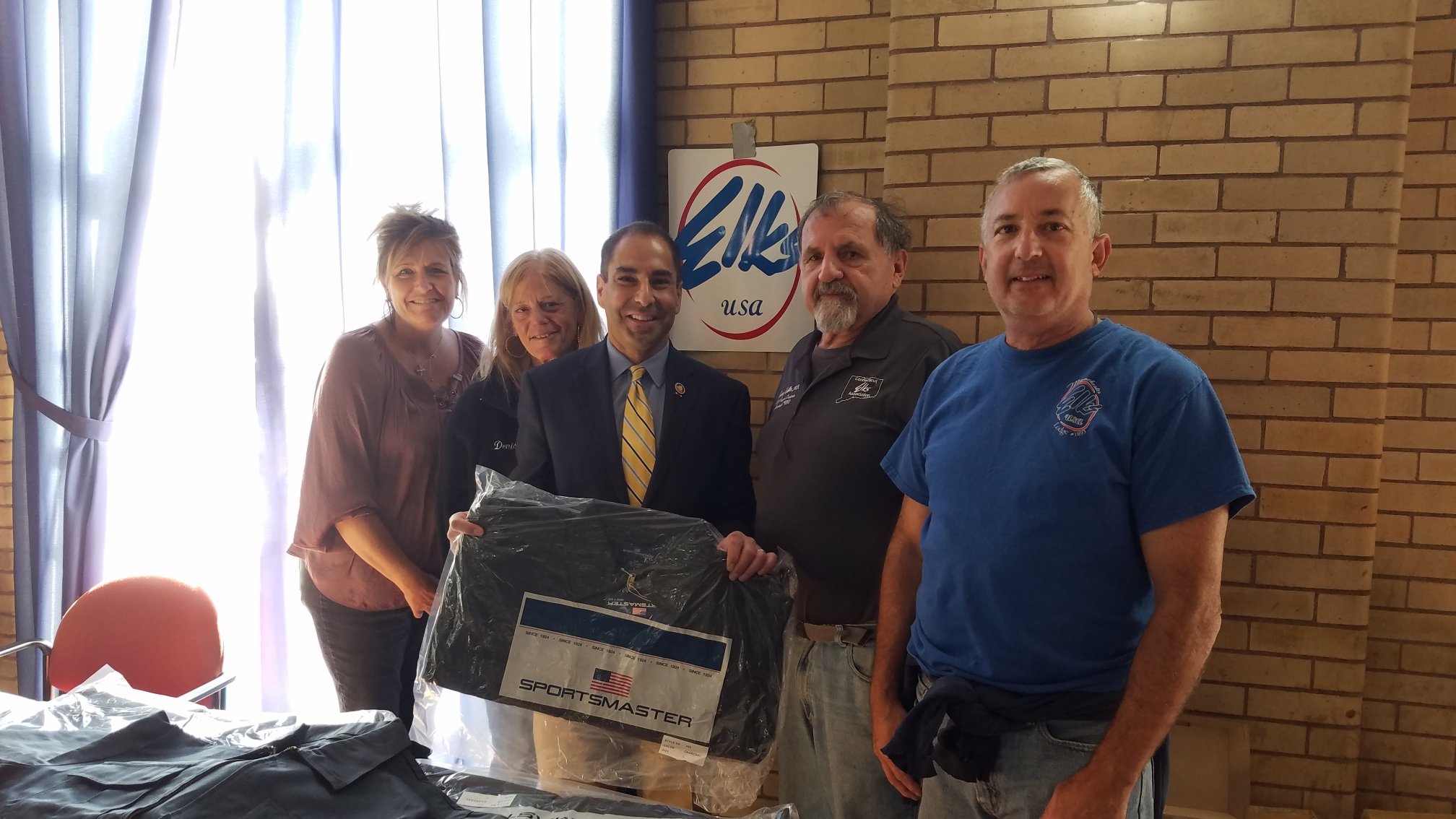 Sixteen Lodges, two Elks Riders Groups and one Grand Lodge Committeeman contributed to our Stand Down effort. As a result, we were able to purchase six hundred sixty jackets. Four hundred sixty jackets were handed out at Rocky Hill and one hundred jackets in Norwich. The remaining two hundred will be distributed to Veterans Service Organizations. Fifty will be going to “Backpacks for Life”. They distribute fifty backpacks to homeless Veterans through agencies around the state. We will also be reaching out to “Veterans Base Camp” and “Veterans Rally Point” . If you know of an organization in your area that services Veterans in need, please reach out to me or your District Chair with the information.

I would like to thank the following Lodges for their Contributions:

I would also like to acknowledge Grand Lodge Committeeman Terry Ford for his personal contribution.

Several Lodges stepped up well above what we had hoped for. Other Lodges donated what they could. The average donation was $350. Regardless of the amount donated, we appreciate every one.

With planning starting at the Mid Year Convention in January, I hope we can be able to plan a complete package of items that would include a coat, hat, gloves and socks, and be able to attend all five Stand Down Locations. Those who helped this year were able to make several connections among the dozens of groups who were represented. I would like to have every Lodge represented next year.

Thank you all for caring for Veterans